DAST vs Penetration Testing: What Is the Difference? 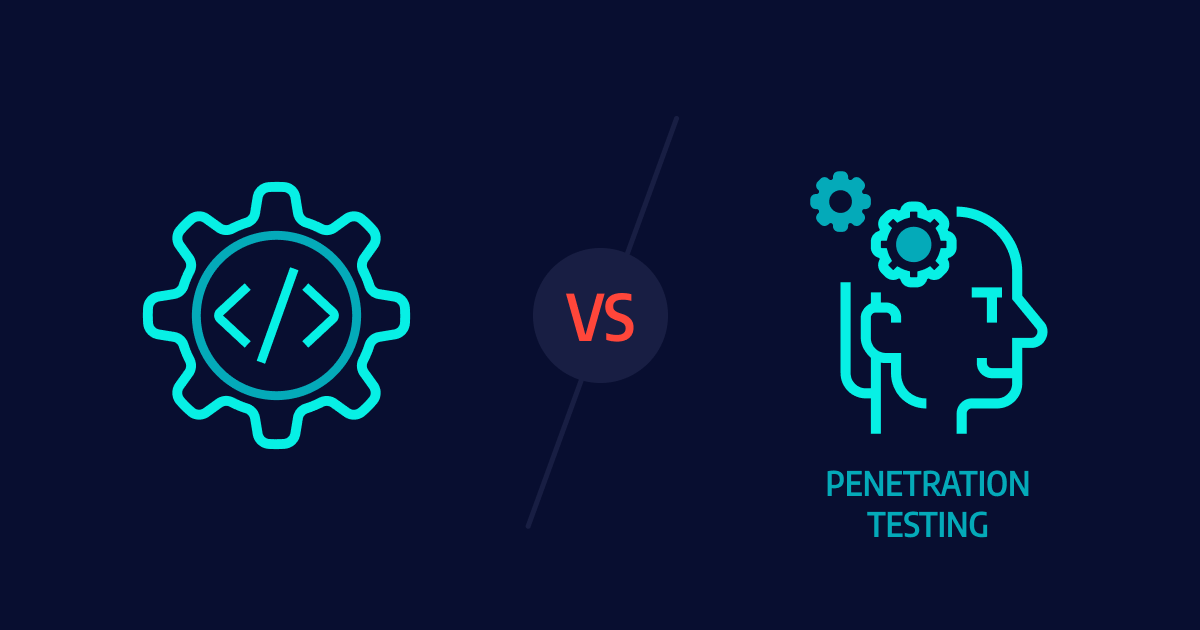 How Is a Typical Pen Test Carried Out?

Penetration testing begins with reconnaissance. At this stage, ethical hackers spend time gathering data they use to plan their simulated attack. Based on this data they identify vulnerabilities, find a viable attack vector, gain and maintain access to the target system.

The penetration testing process requires an extensive set of tools. These include network and vulnerability scanning software, as well as tools that can launch specific attacks and exploits such as brute-force attacks or SQL injections. There is also hardware designed specifically for penetration testing. For example, there are hardware devices that connect to a computer on a network and give hackers remote access to that network.

Another tool in the pentesting arsenal is social engineering. Ethical hackers might use techniques like phishing emails, pretexting (pretending to be an authority or someone known by the victim), and tailgating (entering a building immediately after an authorized person).

After a penetration tester achieves access to sensitive systems and demonstrates their ability to steal data or perform other damage, they disengage, covering their tracks to avoid detection.

The final and most important stage of a penetration test is the pentest report. This is a detailed report the ethical hacker shares with the target company’s security team. It documents the pentesting process, vulnerabilities discovered, proof that they are exploitable, and actionable recommendations for remediating them.

Internal teams can then use this information to improve security measures and remediate vulnerabilities. This can include patching vulnerable systems. These upgrades include rate limiting, new firewall or WAF rules, DDoS mitigation, and stricter form validation.

How Does DAST Work?

DAST tools go into action when an application is deployed, either in a test or staging environment or in a real production environment. They can continuously scan applications to discover new vulnerabilities or misconfigurations that are introduced over time.

Most DAST tools only test the exposed HTTP and HTML interfaces of web-enabled applications, but some also support APIs and protocols like Remote Procedure Call (RPC) and Session Initiation Protocol (SIP). DAST tools start by crawling web applications to identify URLs, forms, and other exploitable elements. A DAST tool attempts to find all the ways an application accepts input from users, testing these inputs one by one.

DAST tools can be automatically run at multiple stages of the testing and deployment process, allowing teams to quickly identify and address risks before security incidents occur. When a vulnerability is discovered, the DAST solution sends an automatic alert to the appropriate development team for the developer to fix. Some DAST solutions integrate directly with bug trackers to integrate smoothly into the development process.

Related content: Read our guide to DAST vs. SAST

DAST and penetration testing are often confused because of their role in helping detect application vulnerabilities. What they have in common is that both of them are black box testing techniques, which attempt to exploit vulnerabilities in applications. However, the similarities end there:

Unlike other DAST solutions, Bright Security was built from the ground up with developers in mind. It lets developers automatically test their applications and APIs for vulnerabilities with every build.

Bright Security tests every aspect of your apps. It enables you to scan any target, including web applications, internal applications, APIs (REST/SOAP/GraphQL), websockets, and server side mobile applications. It seamlessly integrates with the tools and workflows you already use, automatically triggering scans on every commit, pull request or build with unit testing. Scans are blazing fast, enabling Bright to work in a high velocity development environment.

Instead of just crawling applications and guessing, Bright interacts intelligently with applications and APIs. Our AI-powered engine understands application architecture and generates sophisticated and targeted attacks. By first verifying and exploiting the findings, we make sure we don’t report any false positives.

Get a free plan and try Bright Security today!