CSRF tokens: What is a CSRF token and how does it work? 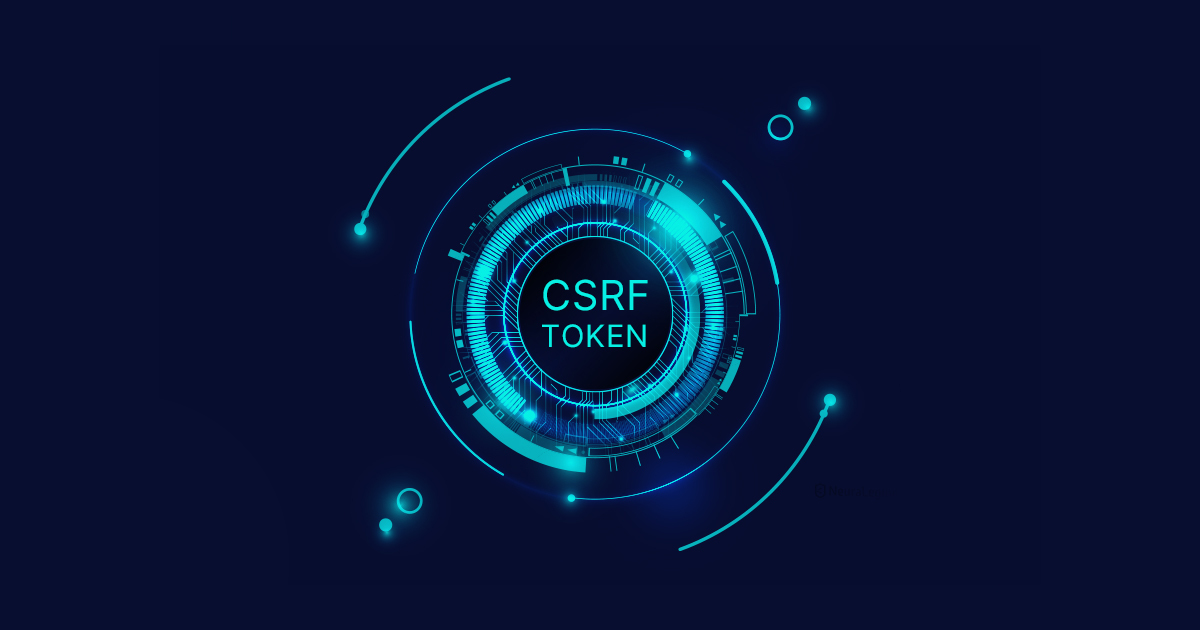 CSRF (Cross Site Request Forgery) tokens can be a great mechanism in preventing CSRF attacks, but what are they?  How do they protect against CSRF attacks? How should they be generated? We are going to cover the answers to these and more questions in this blog post.

In this article you are going to learn:

What is a CSRF token?

A CSRF Token is a secret, unique and unpredictable value a server-side application generates in order to protect CSRF vulnerable resources.

The tokens are generated and submitted by the server-side application in a subsequent HTTP request made by the client.

How should CSRF tokens be generated?

Just like session tokens in general, CSRF tokens should contain significant entropy and be strongly unpredictable.

You can achieve this by using a cryptographic strength pseudo-random number generator (PRNG), seeded with the timestamp when it was created and a static secret.

For further security, you can generate individual tokens by chaining their outputs with user-specific entropy and take a strong hash of the whole structure.

This presents an additional obstacle to a malicious user who attempts to analyze the tokens based on a sample that is issued to him.

In short, here are the principles you should follow when generating and verifying your token:

For example, a CSRF token in PHP can be generated as follows:

And verify the token as follows:

When you verify, compare the hashes. If both the token and the form are valid, the hashes will match.

How should CSRF tokens be transmitted?

CSRF tokens are secrets and should be handled as such in a secure manner throughout their lifecycle.

Try transmitting the token to the client within a hidden HTML form field, using the POST method. This way the token will be included as a request parameter when the form is submitted:

Place the field containing the CSRF token as early as possible within the HTML file. Place the field that contains the token before any non-hidden fields and before any places where user-controllable data is embedded. This way you will mitigate the risk against various techniquest where an attacker can use crafted data to manipulate the HTML document and capture part of its content.

You can place the CSRF token into the URL query string, but this approach is less safe, as the query string:

To further defend against an attacker who manages to predict or capture another user’s token, insert the CSRF token in the custom HTTP request header via JavaScript. This approach is particularly well suited for AJAX or API endpoints. Browsers usually don’t allow custom headers to be sent cross-domain. The downside of this approach is the limitation for the application to make CSRF-protected requests using XHR, and might be considered over-complicated for many situations.

How to fix the CSRF vulnerability in popular web frameworks?

Angular is a popular frontend framework developed by Google. It’s an open-source project and offers its own set of user interface components that work across devices and platforms.

Angular packs the common security measure of reading the CSRF token called “CSRF-TOKEN”, and sets a custom header named “X-XSRF-TOKEN”. However, Angular is just a client-side framework, so to protect against CSRF, your web server must support this protective method as well.

Django is a free backend framework based on Python. Django focuses on reusability of code and pluggability of modules along with low coupling and rapid development principles.

Django offers middleware for protecting a web server against CSRF attacks. To protect your apps, the middleware must be activated in your project. Also, you have to include the csrf_token tag inside the form elements which point to any in-project URLs.

Express is a backend web framework for Node.js. It is fast, flexible and minimalistic. It’s free and open source.

Since Express is a minimalistic web framework, it doesn’t support any anti-CSRF measures by default. But it provides a pluggable middleware that helps your web server to protect itself against CSRF attacks.

The middleware is known as “csurf”, and it’s super easy to set up in your project. It offers some bootstrap options as well to configure its functionality.

Laravel is a free, open source web framework for PHP. Laravel supports a modular packaging system and offers numerous utilities to ease the development and maintenance of web applications.

React is a front-end framework developed by Facebook. It’s free and open source and is mostly used for building mobile or single-page applications.

Unlike Angular, React doesn’t come with a default security measure against CSRF attacks.

In order to protect a React application against CSRF, you have to introduce a security solution in your app, and have the web server support it.

Luckily, it’s easy to implement CSRF protection in React. You only have to store the CSRF token in your React app and generate relevant headers to send along with the request to the server. The server will quarantine all CSRF requests.

You can easily stop CSRF attacks by just adding code that requires a CSRF token. To do so, you need to know which applications are vulnerable and where, and Bright can help!

Bright automatically scans every aspect of your apps, providing actionable reports. It seamlessly integrates with the tools and workflows developers already use. Scans are fast as our AI-powered engine can understand application architecture and generate sophisticated and targeted attacks. The results are completely false-positive free, so you can focus on releasing code.

Try Bright today, and start testing for CSRF, XSS, and hundreds of other vulnerabilities in minutes – https://app.brightsec.com/signup

Want to learn more about CSRF?

Have a look at these articles: