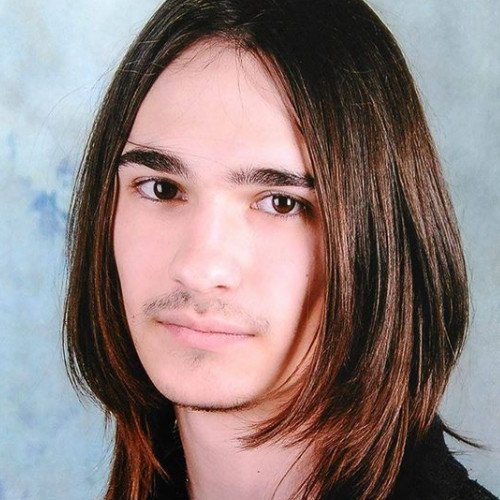 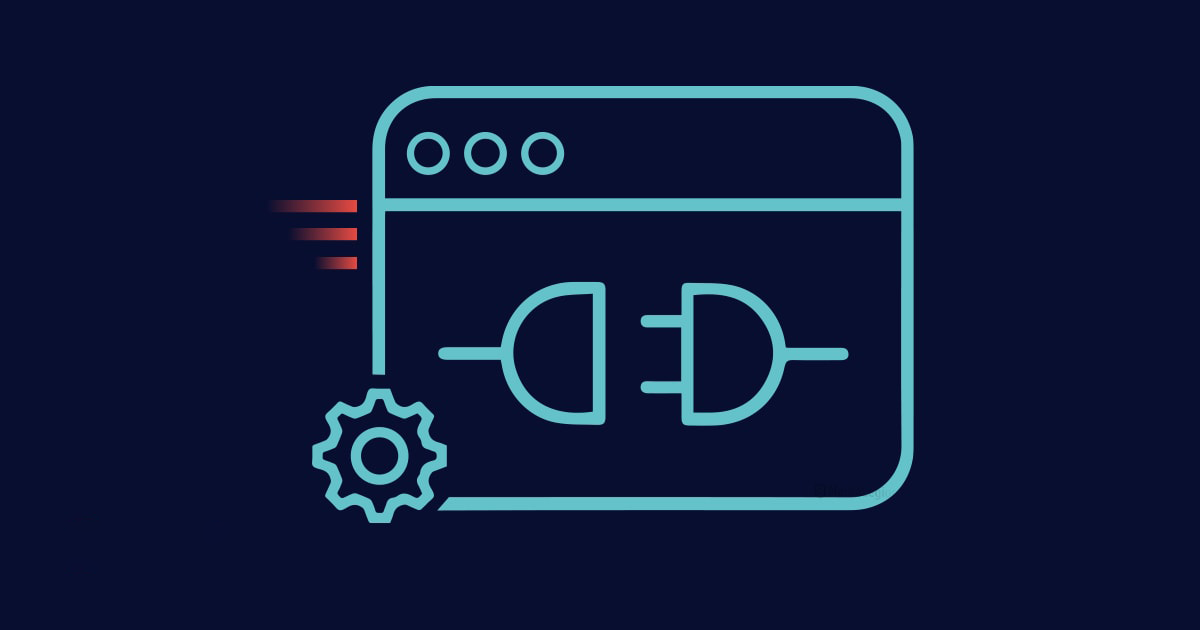 What is API Security?

An Application Programming Interface (API) allows software applications to interact with each other. It is a fundamental part of modern software patterns, such as microservices architectures.

API security is the process of protecting APIs from attacks. Because APIs are very commonly used, and because they enable access to sensitive software functions and data, they are becoming a primary target for attackers.

Why Is API Security Important?

Businesses use APIs to connect services and transfer data. A compromised, exposed, or hacked API can expose personal data, financial information, or other sensitive data. Therefore, security is a critical consideration when designing and developing RESTful and other APIs.

APIs are vulnerable to security weaknesses in backend systems. If attackers compromise the API provider, they can potentially compromise all API data and functionality. APIs can also be exploited via malicious requests, if the API is not properly coded and protected.

With the popularity of microservices and serverless architectures, almost every enterprise application depends on APIs for its basic functionality. This makes API security a core part of modern information security.

How is API Security Different From General Application Security?

Here are the main characteristics of traditional web security:

Here are key characteristics of API security that distinguish it from traditional security:

The increase of API-related security threats in recent years has prompted the Open Web Application Security Project (OWASP) to release the API Security Top 10, which helps raise awareness of the most serious API security issues affecting organizations These are:

APIs often expose endpoints handling object identifiers. Any function that accepts a user input and uses it to access a data source can create a Level Access Control issue, widening the attack surface. You should carry out object-level authorization checks for all such functions.

Attackers often take advantage of incorrectly applied authentication mechanisms. They may compromise an authentication token or exploit flaws in implementation to pose as another user, on a one-time basis or permanently. If the system’s ability to identify the client/user is compromised, so is the overall API’s security.

Developers often rely on the client side to filter the data before displaying it to the user. This can create serious security issues—data must always be filtered at the server side, and only the relevant information should be delivered to the client side.

APIs often don’t restrict the number or size of resources that the client/user can request. This can impact the performance of the API server, resulting in Denial of Service (DoS), and exposing authentication vulnerabilities, enabling brute force attacks.

Mass assignment typically results from the binding of client-provided data (i.e. JSON) to a data model based on an allowlist, without proper filtering of properties. Attackers can modify object properties in a number of ways—they can explore API endpoints, read the documentation, guess object properties, or provide additional properties through request payloads.

Injection flaws (including SQL injection, NoSQL injection, and command injection) involve data that is sent to an interpreter from an untrusted source via a command or query. Attackers can send malicious data to trick the interpreter into executing dangerous commands, or allow the attacker to access data without the necessary authorization.

Attackers can take advantage of insufficient logging and monitoring, as well as ineffective or lacking incident response integration, to persist in a system, deepen their hold and extract or destroy more data. It typically takes over 200 days to detect a persistent threat, and breaches are usually discovered by an external party—highlighting the critical importance of effective API monitoring.

There are two main architectural styles used in modern APIs:

Both types of APIs support HTTP requests and responses and Secure Sockets Layer (SSL), but the similarity ends there.

In conclusion, SOAP APIs are more secure by design, but REST APIs can be made secure, depending on their implementation and the architecture selected.

GraphQL is a query language that describes how clients can request information via an application programming interface (API). Developers can use GraphQL syntax to request specific data and receive it from a single source or multiple sources. Once a client defines the required data structure for a request, a server returns data using that exact structure.

Since clients can craft highly complex queries, the server must be ready to properly handle them. The server should be able to handle abusive queries from malicious clients, as well as large queries by legitimate clients. If the server does not handle these scenarios properly, the client might take the server down.

Here are a several strategies that can help you mitigate GraphQL security risks:

You can use the following methods to manually test your APIs for security vulnerabilities.

In most cases, parameters sent through API requests can be easily tampered with. For example, by manipulating parameters, attackers can change the amount of a purchase and receive products for free, or trick an API into providing sensitive data that is not authorized for the user’s account.

Parameter tampering is often performed using hidden form fields. You can test for the presence of hidden fields using the browser element inspector. If you find a hidden field, experiment with different values and see how your API reacts.

For example, if your API displays content via a URL, you can append an operating system command to the end of the URL to see if the command is executed on the server:

Fuzzing means providing random data to the API until you discover a functional or security problem. You should look for indications that the API returned an error, processed inputs incorrectly, or crashed.

For example, if your API accepts numerical inputs, you can try very large numbers, negative numbers, or zero. If it accepts strings, you can try random SQL queries, system commands, or arbitrary non-text characters.

Web applications that communicate using APIs may use various HTTP methods. These HTTP methods are used to store, delete, or retrieve data. If the server doesn’t support the HTTP method, you will usually get an error. However, this is not always the case. If the HTTP method is unsupported on the server side, this creates a security vulnerability.

It is easy to test if HTTP methods are supported on the server side, by making a HEAD request to an API endpoint that requires authentication. Try all the common HTTP methods—POST, GET, PUT, PATCH, DELETE, etc.

Learn more in our guide to API security testing

Securing production APIs, especially those that have a regular development and release process, requires automated tools. The following open source tools can help you design security-related test cases, run them against API endpoints, and remediate issues you discover. They can also discover business logic vulnerabilities, which can also be an opening for attackers.

Postman is an API development platform. Its key features include:

Swagger is an open source toolkit that can help you create RESTful APIs. Its enables two API development styles:

JMeter is a load testing tool, which can also be used for security testing. Key features include:

Soap UI is a popular API functional testing tool. Its key features include:

Fiddler is a tool that monitors and replays HTTP requests, with an API testing extension for .NET, Java, Ruby, and other popular frameworks. Its key features include:

Use the following best practices to improve security for your APIs.

The only way to effectively secure an API is to understand which parts of the API lifecycle are insecure. This can be complex, especially if your organization operates a large number of APIs. It is important to consider the entire API lifecycle—the API must be treated as a software artifact, which goes through all the stages of a software product, from planning through development, testing, staging, and production.

One of the most important aspects of API security is access control for authentication and authorization. A powerful tool for controlling API access is OAuth—a token-based authentication framework that allows third-party services to access information without exposing user credentials.

All data managed by an API, especially personally identifiable information (PII) or other sensitive data protected by compliance standards and regulations must be encrypted. Implement encryption at rest, to ensure attackers who compromise your API server cannot make use of it, and encryption in transit using Transport Layer Security (TLS). Require signatures to ensure that only authorized users can decrypt and modify data provided by your API.

Use Rate Limiting and Throttling

As APIs become popular, they become more valuable to attackers. APIs are now a prime target for denial of service (DoS) attacks. Set rate limits on the method and frequency of API calls to prevent DoS attacks, and protect against peak traffic, which can affect performance and security. Rate limiting can also balance access and availability by regulating user connections.

Use a Service Mesh

Like API gateways, service mesh technology applies different layers of management and control when routing requests from one service to the next. A service mesh optimizes the way these moving parts work together, including correct authentication, access control and other security measures.

As the use of microservices increases, service meshes are especially important. API management is shifting to the service communication layer, and service meshes can provide automation and security for large deployments with multiple APIs.

Traditionally, networks had a perimeter and elements “inside” it were trusted, while elements “outside” were not. Networks are no longer that simple, with insider threats becoming prevalent, and legitimate users often connecting from outside the network perimeter. This is especially true for public APIs with users from all over the world, accessing internal software components and sensitive data.

A zero trust philosophy shifts the security focus from location to specific users, assets, and resources. It can help you ensure that APIs always authenticate users and applications (whether inside or outside the perimeter), provides the least privileges they actually need to perform their roles, and closely monitors for anomalous behavior.

With support for a wide range of API architectures, test your legacy and modern applications, including REST API, SOAP and GraphQL.

To compliment DevOps and CI/CD, Bright empowers developers to detect and fix vulnerabilities on every build, reducing the reliance on manual testing by leveraging multiple discovery methods:

Together with our content partners, we have authored in-depth guides on several other topics that can also be useful as you explore the world of application security.

Learn about security testing techniques and best practices for modern applications and microservices.

Learn about how to defend critical websites and web applications against cyber threats.